How old does a dog have to be to breed? 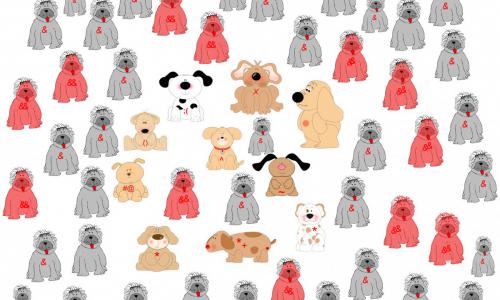 Dogs should breed once they have reached full sexual maturity which is a little less than one year old. The age in which to breed a dog, whether male or female, depends on the breed of the dog. Smaller breeds tend to sexually mature earlier and can be bred at 6 months. Whereas, larger breeds should wait until 18 months.

Male dogs can begin breeding between 6 to 12 months of age. Female dogs should be bred later than males, at least after their first heat cycle. Responsible breeders wait for the bitch to be at least 18 months to breed her.

Bear in mind that these are average numbers, not absolute. Therefore, some male dogs may be able to breed younger than 6 months for example. Determining the best age of fertility in dogs depends on several other factors. These include the dog’s health, age, and size.

While bitches do not experience menopause, female dogs lose their fertility after a certain age. Therefore, it is crucial to consider the timing of breeding to not go past their prime. Breeding too early can cause damages to the mother and end up with weak puppies. Breeding a dog too late can compromise the health of the dam.

A responsible dog breeder must wait until both stud and dam are fully ready to cope with the breeding and the following pregnancy.

Generally, male dogs become sexually mature earlier than their female counterparts. In that, they are capable earlier. Some dogs may be able to sire as early as 5 months, usually smaller breeds. Then, there are dogs who won’t be fertile until after 2 years of age in the case of a larger dog breed.

Once mature, studs are able to mate every day of their life. Yet, this should not be done to avoid what is called the popular sire syndrome.

Before mating your male dog, you must ensure that he has hit puberty and is fertile. Veterinarians can assist in determining his fertility with a range of exams and physical assessments. Make sure he has reached the age of puberty between 6 to 12 months and also ensure that he is in perfect health. Is he showing signs of interest in mating with other females? These are factors to watch for. Most male dogs will be truly fertile by 1 year old.

However, although a stud is ready to breed before 1 year of age, it is not advisable to breed a stud so early. It is recommended to wait between the age of 1 and 2 years of age for a male dog due to his immaturity level.

A young dog before 1 year still needs time to develop, and for this reason, may not reach his full maturity until the year-and-a-half mark. Once a stud hits this age, they continue to stay fertile until the end of their life. Some male dogs are even known to mate up to 5 times in one day (we do NOT recommend that). Once they are ready, they are extremely agile and can perform very well. 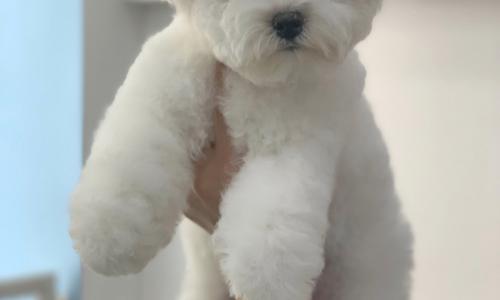 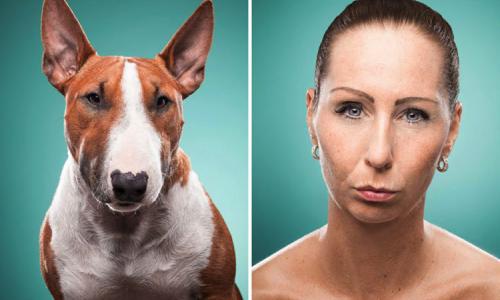 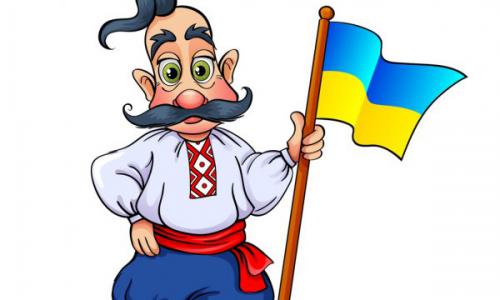 Everything for Bichon Frise in Ukraine 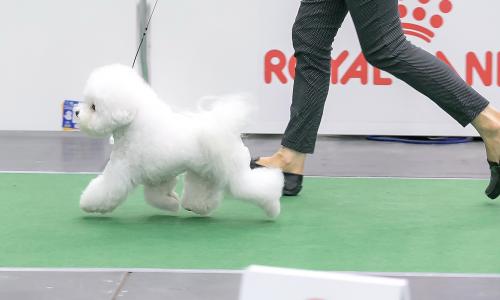 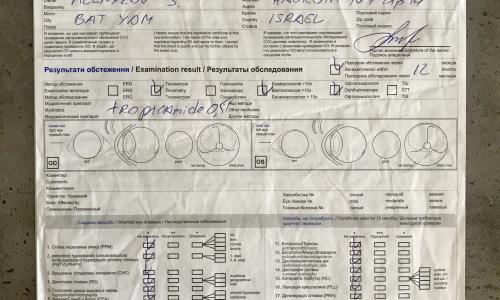 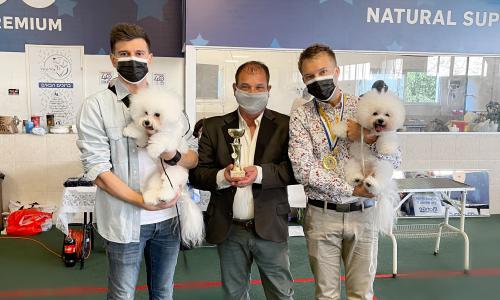